Staff:
Salford Heart Care employs one part-time member of staff and seeks additional support and commitment from its team of more than 50 local volunteers. 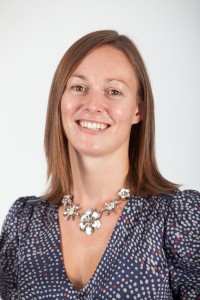 Serena Rice joined Salford Heart Care in June 2009 as a volunteer, tasked with establishing a new branch located in Irlam and Cadishead, where she lives. Serena’s Father had suffered from poor health and heart failure for five years, and after several periods of hospital admission, died in January 2009 at the age of 61. Serena decided to become a volunteer to raise awareness of heart disease, and to help and support others by sharing her own experience of heart-related illness and its impact on the wider family.

In October 2010 after seeing Irlam and Cadishead Healthy Heart Club through its first year, Serena was appointed part-time Branch Development Worker for Salford Heart Care. With the support of volunteers, Serena developed additional branches across Salford, including Walkden and Langworthy. In 2012, Serena was appointed part-time Co-ordinator of Salford Heart Care. She continues to oversee the day-to-day running of the organisation and supports the on-going development of branches across Salford.

Serena graduated from The University of Salford in 1999 with a first class degree in Business. She also holds a Post-Graduate Certificate in Collaboration in Safeguarding and Strategic Leadership. Serena has a background in health and social research, community regeneration projects, as well as voluntary work. She worked as a Senior Research Coordinator with north-west based Kwest Research from 1999 until 2003, and served as a Non-Executive Director with Salford PCT from 2004 until 2012. She has served on several partnership boards across Salford and has supported young people through a volunteer mentoring and coaching scheme. Serena enjoys working with people in the community. In her spare time she enjoys dancing and likes to keep fit and active. She also likes to spend time with her family and likes travelling, reading and camping.

Board of Directors:
The role of our Trustee/Directors is to set the vision and direction for Salford Heart Care and to make sure that the charity operates legally, responsibly and in line with its values. They seek to enable Salford Heart Care, its staff, members and volunteers, to be the best that they can be in their role of supporting people to improve their quality of life, as well as their health and wellbeing. Each Trustee/Director brings their particular professional expertise as well as their passion to support and help their local community. 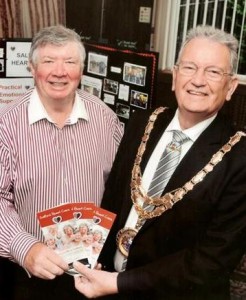 Jim Collins,
Chairman & Director
with The Ceremonial Mayor
in 2012

Jim Collins is Chairman of Salford Heart Care and has served in this voluntary role for more than 8 years. He served as a Trustee for a further 2 years. Jim joined Salford Heart Care in 2004 following cardiac rehabilitation at Salford Royal Hospital. Jim suffered a heart attack and a stroke after having worked for the Council for 20 years as a Sports Centre Manager. Jim was also a keen rugby player and played for 40 years. He is still involved with his local rugby club, as Vice President, and also undertakes voluntary work for De-La-Salle Sports and Social Club. Jim is a patient representative on many boards and committees across the City, including Salford Royal’s Patient Forum, Clinical Commissioning Group Board, local government area committees and The British Heart Foundation. Jim supports Salford Rugby League and De-La-Salle Sports. He enjoys playing bowls at his club but has difficulty playing since being diagnosed with Parkinsons Disease. Jim says that he works as a volunteer to help and support local people, and to improve the health and wellbeing of people in Salford. 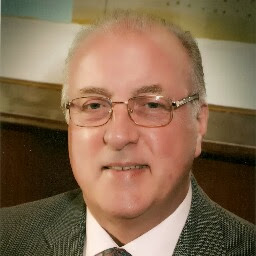 Victor Bailey joined Salford Heart Care as a Committee Member in 2011 and became a Director in 2012.  Victor’s background is within engineering. In 1969 Victor qualified in Mechanical Engineering and worked as Chief Engineer at Greengate Industrial Polymers, Pilkington’s Tiles Ltd. and H & R Johnson’s Tiles Ltd. until 2000, when he retired. Victor joined the Citizen’s Advice Bureau as a volunteer in 2000 and then joined WRVS (now RVS) in 2002. In 2008 Victor launched “Hearts of Salford” in conjunction with Salford University to increase the use and improve accessibility of computers amongst the older generation. Hearts of Salford amalgamated with Salford Heart Care in 2011. Victor is currently involved with RVS, Salford’s Older People’s Development Board (with Salford Council), Healthy Communities Collaborative, and assists with fundraising with Muscular Dystrophy. Victor also enjoys travelling and likes to keep active by going to the gym and undertaking DIY projects.