Well Done to Des Boyd who took part in the 2017 Aldi Manchester Half Marathon. He completed the 13.1 mile course in 2 hours 5 minutes! Des is raising money for Salford Heart Care’s Irlam and Cadishead Healthy Heart Club in memory of Sophie Wilson.  He has raised more than £750 so far. 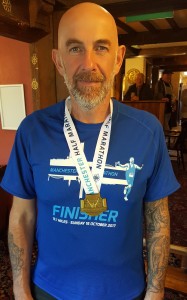 In November 2015 Des from Irlam had an Osteotomy – his leg was broken in 2 places and he had pins and a plate put in below the knee.

In October 2017 Des will be taking part in the Manchester Half Marathon – running 13 miles in memory of his good friend, Sophie Wilson, who sadly passed away in July 2017. Sophie lived in Irlam and Des is raising money for a local cause close to her heart – “Irlam and Cadishead Healthy Hearts Social Club”. The club was established to support local people and their families living with long-term illnesses whilst reducing social isolation and loneliness in the community. The club has more than 150 local members and is run by a small, local independent charity – Salford Heart Care. This year the charity celebrates its 30th Anniversary.

Des appreciate all your support and would like to thank you all for any donations. You can sponsor Des here: Sponsor Des at VirginMoneyGiving 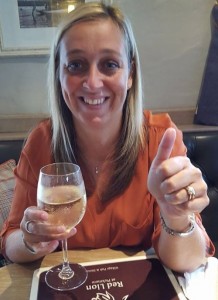